The Portable Hearing Laboratory (PHL) combines portable hardware and the openMHA software to an integrated hearing aid research platform. The PHL consist of a Beaglebone Black wireless single-board computer extended with a multi-channel audio board based on the “Cape4all” audio interface (see below). The system includes a battery and a set of binaural behind-the-ear (BTE) hearing aids that comprise two microphones on each side and receivers in the canal (RIC). The BTE- RIC devices are connected with the processing box via flexible cables. The optimized Linux operating system Mahalia runs on the hardware. The whole system can be worn by a user with a neckband and allows hearing aid research in the field based on openMHA. More information can be found at the according BatAndCat webpage. 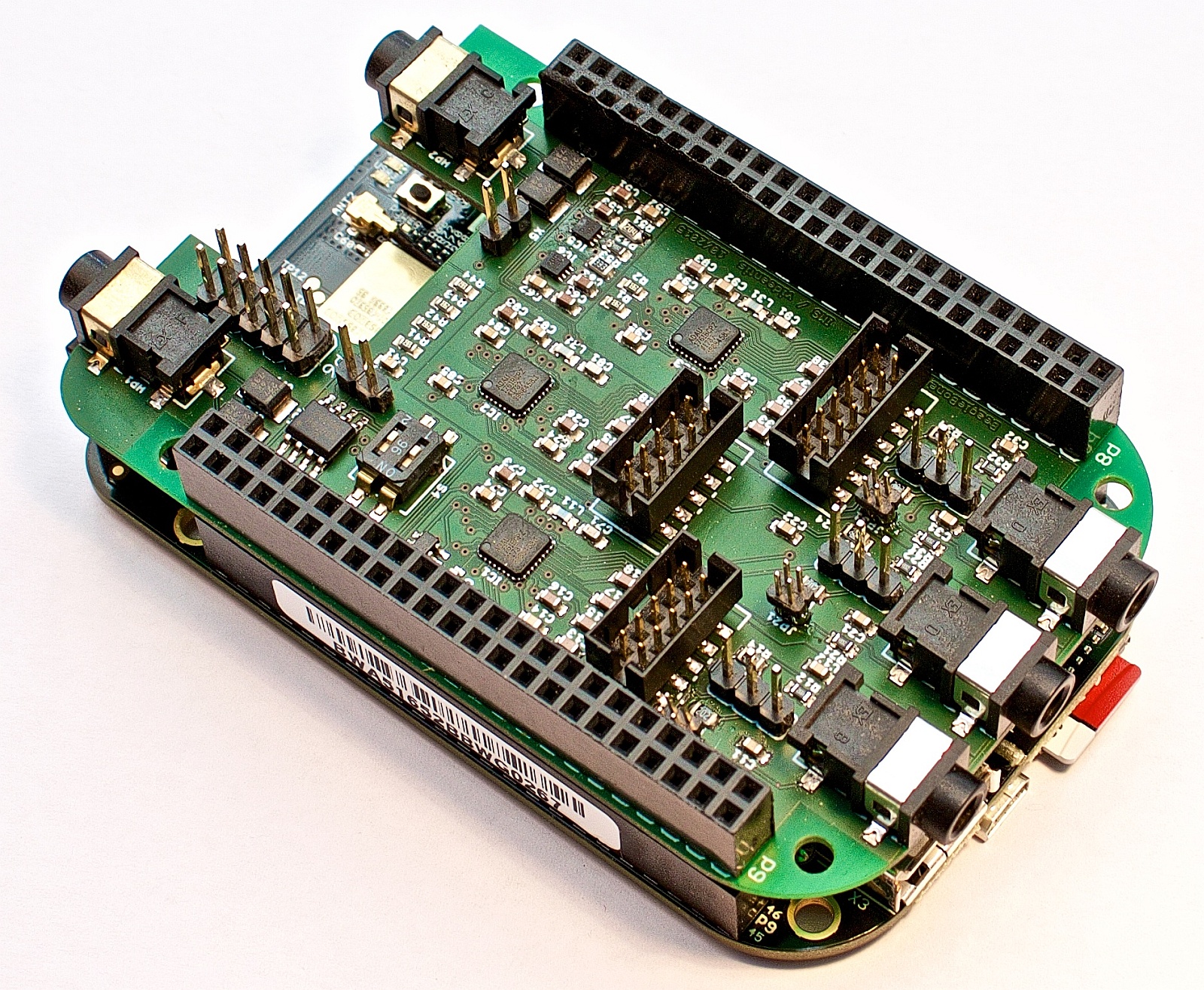 This setup is based on the Beaglebone Black or Beaglebone Black wireless single-board computer. It is extended with a multi-channel audio interface board in the form of a “cape” for the BeagleBone: the Cape4all. Its hardware design is available under open-source license on Github and was developed by the Leibniz University Hannover in the Cluster of Excellence “Hearing4all” with a focus on low-latency multi-channel audio capabilities. In collaboration with Daniel James and Chris Obbard from 64Studio an ALSA sound driver was developed and a Linux system was optimized for low-latency, real-time audio processing with openMHA: Mahalia.
More information and source files are availble under the links given above. ISO images of the Mahalia distribution can be downloaded from mahalia.openmha.org.

A user project running openMHA on a Raspberry Pi setup with (almost) off-the-shelf audio hardware was introduced at the end of 2017. Further details and pointers are found in a corresponding news entry.